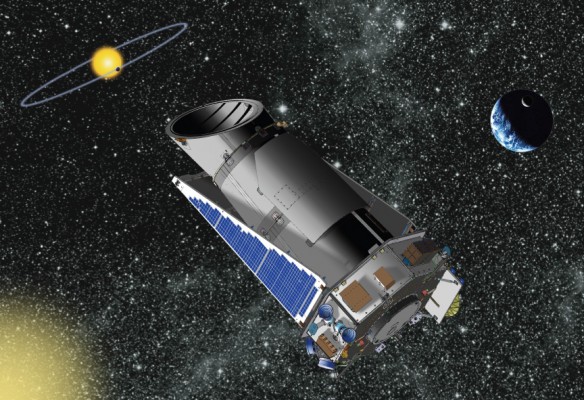 Space Telescopes and Why We Need Them

Tragic news, the budget for the Kepler space telescope is scheduled to run out in November 2012. 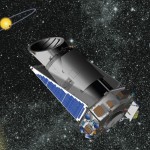 Yes. The same Kepler that’s been discovering all those exoplanets. How many? Shit, like most of them. So says the article:

Kepler has been very productive. On Monday, mission scientists announced the discovery of 1,094 new exoplanet candidates, bringing the instrument’s total tally to 2,326 potential alien worlds in its first 16 months of operation (through September 2010).

While only about 30 of Kepler’s candidate planets have been confirmed so far, mission researchers have predicted that at least 80 percent of them will eventually make the cut.

But what’s even more depressing is that the entire endeavor has been done on a relative shoestring budget for such a thing. The telescope cost only US$600 million and costs only US$20 million keep running each year.

Yes, I know, US$600 million doesn’t sound like a bargin but Voyager cost US$250 million and that was in freak’n 1977 dollars. Compare that to the cost of the Endeavor, the replacement for the Challenger, which cost US$1.7 billion and an additional $450 million to launch every single time!

(Update 12/11/11: According to HSTScienceWatch on the Twitter, the US$250 million cost of Voyager in 1977 would equal approximately US$1 billion today.)

To put it into perspective, the Kepler space telescope cost every man woman and child about US$2 in the year it launched and less than a penny a year to keep it going. In return for discovering over two-thousand possible planets in sixteen months, I’d say it’s well worth it.

Also, according to NASA, it is specifically designed to look for Earth-sized worlds in our own galaxy, an answer to a question I posed previously. Sayeth NASA:

The Kepler Mission, a NASA Discovery mission, is specifically designed to survey our region of the Milky Way galaxy to detect and characterize hundreds of Earth-size and smaller planets in or near the habitable zone.

Unfortunately, it’s not just Kepler that’s on the chopping block. The James Webb space telescope is too.

Why is this important?

The James Webb is intended to be the successor to the Hubble which has shown us more about our universe than we’ve ever seen before. From an excellent io9 article:

[Michael Shara] explained that if you had asked astronomers back in the 1980’s what Hubble would discover, they would have offered up a whole list of ideas, based on what Hubble had been designed to explore and make sense of. That list, explains Shara, is the contents of Science with the Hubble Space Telescope. It was, in Shara’s words, a list of “excellent ideas,” a “blueprint for the first five years of operation of the Hubble Space Telescope.”

“But interestingly enough, the great findings of Hubble are not in here,” he said

They’re not here. Because once you started seeing things with Hubble that you’d never seen before, you pushed it harder and harder to do new things, and the kinds of things that are being done with Hubble today are very different from [the things in this book].

The same will happen with the James Webb Space Telescope. We will discover new things that we have no way of knowing about today, no way of guessing; our intuition isn’t able to take us there. And those will be the great discoveries that will actually show up in the coming 20 years, in the coming 30 years.

We need these telescopes to continue expanding our understanding of the universe, its size, and its complexity. They help to us to answer some very fundamental questions about how the universe we live in works.

We need these telescopes because they give us a clue about the bigger picture. And, at the end of the day, that’s what we need most of all as a species.