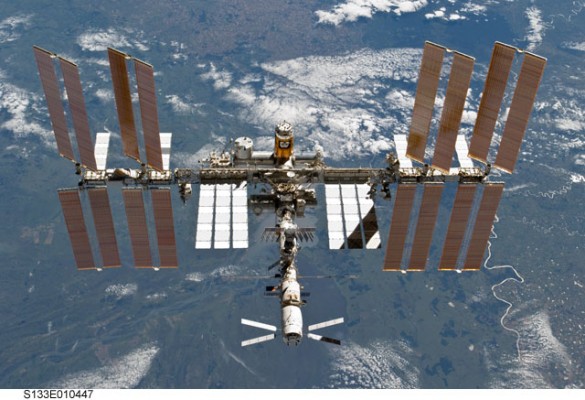 The Amazing Sights From Space

It’s easy sometimes, when writing about space platforms and other science-fiction tropes to forget about how stunning the reality of being in space is. I found the video below on the Wired News science site and it really is breathtaking. Seriously, take three minutes out of your day and check it out.

Opening on the ISS cupola, the largest window ever used in space, the video takes you on board the station, showing you what the astronauts see each day. The scenes fly over oceans, continents, lakes, and rivers, showing off beautiful cloudbanks and cities at night.

Rivest released the video on Apr. 12 to coincide with the anniversary of Yuri Gagarin’s historic first flight into space.

Along those same lines, they also posted a neat video of my favorite topic, and yours, an amazing coronal mass ejection:

While shown in ultraviolet light, it’s still one hell of a light show. From the article:

NASA’s Solar Dynamics Observatory captured data from the flare — a medium-sized M-class event — which was turned into a movie by Steele Hill, media specialist at the Goddard Space Flight Center. The blast was not directed at the Earth and is unlikely to hit any of the planets in our solar system.

The video above follows a trail of plasma hotter than 143,000 degrees Fahrenheit, which is actually quite cool for the sun. The sun’s outer layer, called the corona, is typically between 900,000 and 10 million degrees Fahrenheit and can reach tens of millions of degrees during a flare.

I have the honor of saying that I’ve actually been to Goddard Flight Center and got a personal tour through there one weekend, getting to see the control center for the SDO, the SOHO project, and the backup flight control center for Hubble. It was pretty damned cool.

All of which is to say that while one may get carried away describing all the cool shit that may one day happen in space from space pirates to interstellar travel, it’s always a humbling reminder to be shown that space itself is pretty damned amazing.