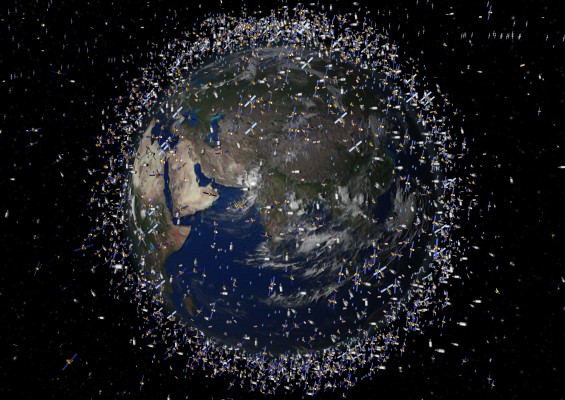 Space Junk – Or The Story of the Disposable Space Station

There was a story over the weekend on NPR about the astronauts aboard the International Space Station having to head for the escape pods in case a piece of floating Russian space junk were to hit it. Apparently they hadn’t spotted it until just the day before and didn’t have time to move the ISS out of the way.

The article quoted NASA in saying that it was the third time in twelve years they’ve done that because of space junk that’s come too close. NASA also has a handy little reference article on space junk (which they kindly call space “debris”):

Even tiny paint flecks can damage a spacecraft when traveling at these velocities. In fact a number of space shuttle windows have been replaced because of damage caused by material that was analyzed and shown to be paint flecks.

With so much orbital debris, there have been surprisingly few disastrous collisions.

In 1996, a French satellite was hit and damaged by debris from a French rocket that had exploded a decade earlier.

On Feb. 10, 2009, a defunct Russian satellite collided with and destroyed a functioning U.S. Iridium commercial satellite. The collision added more than 2,000 pieces of trackable debris to the inventory of space junk.

China’s 2007 anti-satellite test, which used a missile to destroy an old weather satellite, added more than 3,000 pieces to the debris problem.

I love that a French rocket accidentally took out a French satellite. It’s not that I don’t like the French, they’re fine people. They’re just, you know… French.

Anyway, so there are half-a-million little bits out there and flecks of frigg’n paint can cause significant damage. Awesome! And in typical NASA style, they made finding the overall cost of the ISS damned near impossible to find on their site, so Wikipedia to the rescue!

It would seem that just the parts and labor for the damned thing ring in at US$72.4 billion in 2010 dollars. Taking into account the shuttle flights to launch the sucker, it’s really closer to US$150 billion. And that doesn’t take into account the billions spent by the other countries.

So US$150 billion, and what’s NASA’s plan for space junk? To get astronauts into lifeboats in case shit goes wrong. I get it, save the people. But, uh… what about the US$150 billion investment? Is that just… over? Done? Kaput? 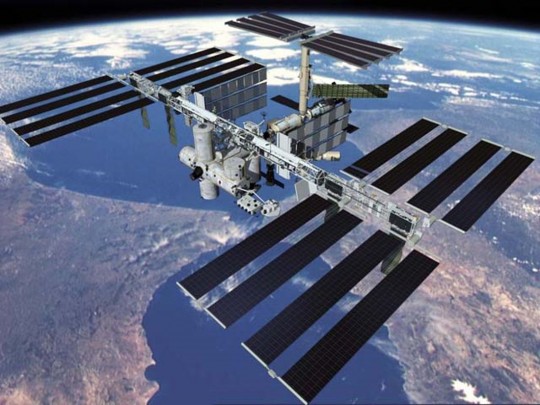 Shouldn’t NASA have a better plan? What about, and I’m just spitballing here, some kind of satellite that can sweep objects off their path and into the atmosphere to burn them up? Or a giant net or something. Is it really NASA’s plan to just abandon ship if we don’t see something coming in time?

Just for the sake of argument, let’s look at something also very expensive, say… the USS Abraham Lincoln. Again, according to Wikipedia, this massive aircraft carrier cost US$4.5 billion in 2007 dollars. What would happen if some piece of junk was floating in the ocean that no one saw until the last minute and, rather than try and do something about it, everyone just headed for the lifeboats? Wouldn’t people cry bloody murder about abandoning a national investment? Wouldn’t it be reasonable to assume there was, you know, a plan-B?

I think the thing that struck me most about this story is just how everyone’s okay with jumping ship and not asking any questions about what the long term plan is in event it’s not just a near miss.

Maybe we should or shouldn’t have built the thing in the first place but you’d at least think after having spent the amount we’d did, we’d be thinking of ways to protect more than just the astronauts aboard.