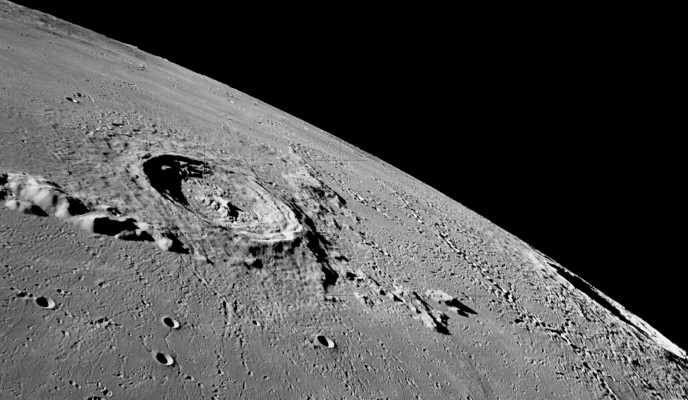 Saw this today on the various blogs I read, a possible solution to the fact that no one can claim private property out in space:

The idea is to extend the FAA’s current launch licensing authority to cover commercial activities on the moon. The agency would license, for example, a helium 3 mining facility, giving the company running it control over it and as much adjoining territory as necessary to run the operation. The size of that territory, for which a particular company would hold property and mineral rights, could be considerable.

Technically the proposal would not mean that a company like Bigelow would own the lunar territory that it is operating on. It would mean that some other entity would be enjoined from landing on top of that territory without permission from the company and interfere with the operations.

Basically, because of a thing signed back during the height of the Cold War, where the US and Russia both wanted to make sure neither could lay claim to the Moon, the Outer Space Treaty of 1967, it’s basically added a wrinkle in our new century for businesses that want to set up shop and harvest some of the resources that are out there.

On the ground, we basically call these things private property rights. It’s one of the core things a government exists to protect. I buy a piece of land, I can mine it, log it, build a house on it, whatever, and I have exclusive rights to do this because I… well… own it. But in space, you can’t do this because of the treaty. I can set up a helium 3 facility on the moon but there’s nothing stopping someone else from building one right next to the resources I’m using and sucking them all dry.

So, what the FAA is proposing as a way to get around this, is basically by using its launch authority to prevent others from planning a flight to the area of your operations, essentially “protecting” your claim by not letting others get near it. It would be like the government saying, “you can’t use that access road because this guy owns the land at the end of it.”

A major problem with this is that the FAA is an American agency. China, Russia, whoever, has no reason to follow its orders unless there’s some other treaty obligating them to do so. So this would really only protect American companies from other American companies unless agreements were worked out with other countries flight agencies.

But that’s not really my biggest problem with this proposal. Sure, it’s an interesting regulatory workaround but to an agreement that should really just be revisited as a whole. But it also seems like a regulatory over reach for an agency that is supposed to keep an eye on the skies over America. Do we really want to turn an agency that has us limping along on legacy flight control technologies into an adjudicator for property rights in space?

Sure, it’s an interesting regulatory workaround but to an agreement that should really just be revisited as a whole.

It seems to me a much more simple solution would be to allow private companies to establish claims and allow some kind of international court to adjudicate competing interests. America wouldn’t be claiming the whole of the moon. A company might just claim a few square kilometers for whatever operations they’re doing. And, maybe, the claims even expire after a period.

This kind of regulatory over reach is exactly the kind of thing I talk about in the URS storyworld and podcast, where the Earth authorities don’t recognize property claims or governments. I didn’t really go into detail as to why but part of it could easily be seen as an extension of the Outer Space Treaty. Can’t let Americans claim soil out on those worlds because then America is claiming sovereignty over it… or could! Can’t let anyone out there establish a government because no government is supposed to be able to claim any extraterrestrial body, even ones established out there! All those things are a shared resource of the people of Earth.

If you’ve been following the storyworld, you can probably see where things might go from there… Wait, my property, property I tamed and improved, is a shared resource for the people of Earth? How do you figure?

And then a conflict would ensue… yadda yadda…

Anyway, I do find it interesting that people are thinking about these things and that people are even trying to come up with solutions. But, and maybe this is a core thing that makes my politics run libertarian, I always feel that if a law is forcing people to come up with more solutions for problems that it create than problems it solve, repeal the damned thing! Just because it’s an old law, that doesn’t make it a good law. Nor may the problems it was even trying to solve even still exist any more! Maybe we don’t need to keep it just because we already have it.