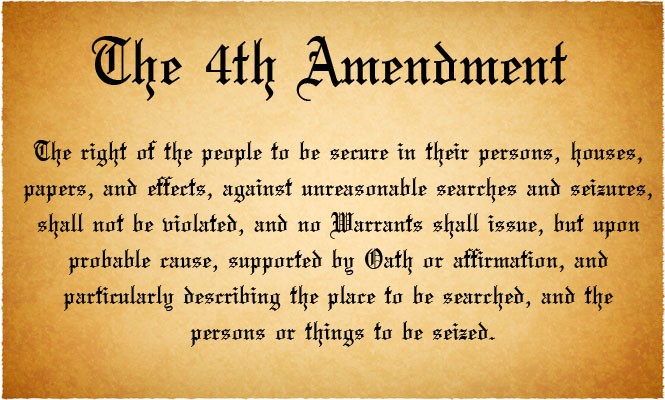 Just Trust Us, We’re the Government

I know that there’s a belief that we should generally trust law enforcement officials. And that’s because, if the whole system is going to work, there needs to be some kind of belief that those who enforce the law are doing so in the best way and with the best intentions.

But… there’s also room for some healthy scepticism. Take for instance the whole encryption of smart phones, which I’ve discussed previously.

Well… if you thought that topic had been dropped by law enforcement, think again. Several prosecutors wrote an article for the NY Times in which they lay out the case for why encryption might be a net negative:

In June, a father of six was shot dead on a Monday afternoon in Evanston, Ill., a suburb 10 miles north of Chicago. The Evanston police believe that the victim, Ray C. Owens, had also been robbed. There were no witnesses to his killing, and no surveillance footage either.

With a killer on the loose and few leads at their disposal, investigators in Cook County, which includes Evanston, were encouraged when they found two smartphones alongside the body of the deceased: an iPhone 6 running on Apple’s iOS 8 operating system, and a Samsung Galaxy S6 Edge running on Google’s Android operating system. Both devices were passcode protected.

An Illinois state judge issued a warrant ordering Apple and Google to unlock the phones and share with authorities any data therein that could potentially solve the murder. Apple and Google replied, in essence, that they could not — because they did not know the user’s passcode.

The homicide remains unsolved. The killer remains at large.

Because of encryption, apparently.

Now… excuse my skepticism here but… this was a murder case. I would hope the police would pursue more avenues than just a guy’s phone. And I’m assuming they were his phones because… really? The criminals just dropped their phones and left them there?

So there must be other ways to solve this thing. Like… was he having trouble with anyone in the neighborhood? With outside? With family members?

It’s easy to say I don’t know the details of the case and that unlocking the phones might have been the key to solving it because, in the article, that’s exactly what they seem to be implying. Unsolved case. Locked phones that couldn’t be unlocked. A leads to B. But they also don’t say why that would be the case. In fact, they would have to concede if they were playing fair, there’s just as much likelihood that all they might have discovered was his passion for Words With Friends and that the case would remain unsolved. Because they don’t know.

But here’s the bit that really irked me:

Full-disk encryption significantly limits our capacity to investigate these crimes and severely undermines our efficiency in the fight against terrorism. Why should we permit criminal activity to thrive in a medium unavailable to law enforcement? To investigate these cases without smartphone data is to proceed with one hand tied behind our backs.

If they have one hand tied behind their back then they’re a fucking octopus and we really shouldn’t worry about it too much. Because law enforcement has an almost infinite number of “tools” (as they like to call them) to arrest criminals with. So, maybe they can’t get into someone’s phone, let’s say that’s the case. What can they do?

They can be wrong about the law they use to stop and search someone and yet still have the evidence admitted. (For you, however, ignorance of the law is no excuse.) They can basically use a dog as a reason to search anyone, anywhere. They can basically pull you over for any reason, even if that reason has nothing to do with why they pulled you over.

But fear not, right? Because at least you have a judicial check on all of these police powers. Even the opinion piece mentions this:

Carved into the bedrock of each of these laws is a balance between the privacy rights of individuals and the public safety rights of their communities. For our investigators to conduct searches in any of our jurisdictions, a local judge or commissioner must decide whether good cause exists. None of our agencies engage in bulk data collection or other secretive practices. We engage in targeted requests for information, authorized after an impartial, judicial determination of good cause, in which both proportionality and necessity are tested.

But… are they? I mean, having an “impartial” judge reviewing things sounds good if you don’t stop to consider that most of them these days are former prosecutors. But, really how effective is this supposed “check”?

Well… let’s use as an example this case out of Arlington, TX, in which a SWAT team raided a bunch of hippies on a communal farm and accused of growing weed. Weed. So what kind of investigation got a judge to sign off on a search warrant?

In the affidavit, detective Perez uses four key claims to establish probable cause.

The first is that Eaker “committed the offense of possession of marijuana” on June 30, 2013, in Arlington, citing no source for the information. Eaker said he had no encounter with law enforcement that day and did not posess marijuana. A search of Arlington court records turned up no marijuana or other drug charges in Eaker’s name.

So… that was basically made up… it’s something you’d think a judge’s clerk would look up but I guess they couldn’t be bothered.

Then Perez writes that undercover officers toured the Garden during a public event in 2013, and “Eaker spoke with officers about gardening.” They also said they did not see all of the property.

So… because he talked about gardening at a public event in which people could walk the property, it was suspicious that they didn’t get a chance to see all of it? How does that even qualify as a reason on a search warrant application?

Next the affidavit hones in on the Garden’s website, which highlights the “uber dank high vibe cuisine” cooked from garden-grown crops.

“[Detective Perez] knows through her training and experience that “Uber Dank” is also slang for high quality marijuana. [Perez] also knows that individuals who consume marijuana often refer to the sensation felt after consumption as a ‘high,” the document said, even though the website went on to explain the term “uber dank” meant delicious.

This one is basically saying that the guy speaks like a fucking weirdo and some continuing ed classes plus the fact that cops generally know that weirdos smoke pot adds up to marijuana. Right… sure…

Then the document cites “an anonymous source” for a claim that Eaker had “two rifles and one pistol on the property.”

And it describes a July 2013 commissioned surveillance flight over the property by a Texas Department of Public Safety pilot who observed an area “containing perimeter plants that appeared to be taller than the interior plants.” The pilot opined the plants “did appear to be consistent with marijuana plants,” but Perez never described independent confirmation.

“By the way her affidavit reads you would think there was a live drug cartel going on in Arlington that nobody knew about except the police department,” said Dauphinot. “The only problem is it was just a bunch of farmers.”

Also, apparently, they had guns. Which… you know… are not proof of anything in and of themselves. I posted the 4th Amendment at the top, but there’s the 2nd one as well in which, love it or hate it, people have a right to own guns. And the pilot of a plane that flew over thinks it could have been pot. Which, unless he was buzzing the fucking farm, it’s hard to see how from the sky how he could tell the difference between pot and tomato plants, which, apparently, he couldn’t.

This is all it took for a judge to approve a search warrant that sent thirty heavily armed SWAT cops to a hippie commune and tear things up. It’s the same standard of evidence required to search your phone. And, like this even really matters… there were no drugs. Just plants.

And prosecutors are worried that they will have “one hand tied behind their back”.

I’m not saying that when there’s a real justification for these things that, yeah, maybe police won’t have access to a piece of evidence… but given all the other “tools” in their “toolbox”, I think I’d rather have the occasional criminal get off, or, yes, case go unsolved because police don’t have access to everything on my phone. Not because I’m hiding anything. But because not everything we do should in a free society should have a law enforcement peephole.