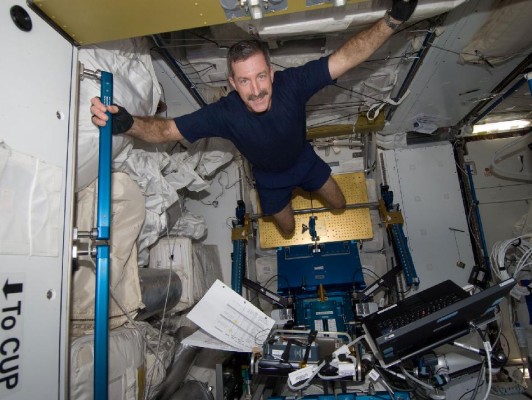 Wired posted story that seemed big on conjecture and light on any certainty about the effect zero gravity might have on genes.

The experiment was conducted on fruit flies in a simulated microgravity environment. This was done by using magnetic levitation which lifts the water molecules in a a subject’s body and lifts it off the ground. There appears to be as much question as to whether the results discovered were caused by the magnetism, which is described as 350,000 time that of Earth’s natural force, or the actual effects of zero gravity.

See below for the most boring video ever. (I don’t even know what I’m looking for…)

As a rule, flies raised in low gravity developed slowly and had difficulty reproducing. When the researchers examined the flies’ genetic expression, they discovered significant increases and decreases in the activities of some 500 genes. Many regulated immune response, temperature and even stress response.

“Magnetic fields can cause things like proteins in the cell to align with the field lines, so these fields could be triggering responses we don’t yet understand,” Hill said.

However, flies exposed to powerful but non-levitating magnetism also displayed similar changes, albeit not so powerfully.

Herranz said it’s too soon to precisely separate the effects of magnetism from weightless on genetics, but that weightlessness seems to be having at least a “small effect” on gene expression. (Correcting for magnetism, weightlessness alone seemed to modulate nearly 200 genes.)

So… it could be the magnetism fucking things up but you think it’s probably the zero gravity… interesting… I mean, if you knew which one.

Also, I hate to point this out but they’re fucking fruit flies! I don’t know much about how fruit flies mate but wouldn’t sticking them in zero gravity kind of screw with the whole process, hence the difficulty reproducing? Just asking… 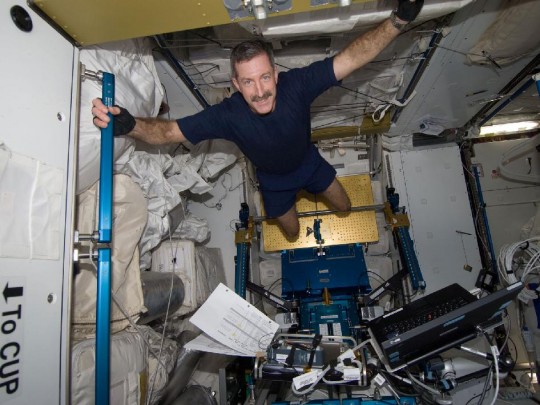 Still, from a story perspective, it’s an interesting wrinkle in the whole space travel thing. Even in the Unified Republic of Stars, the space vessels people travel between worlds on don’t have a full one-g of gravity. In the URS, I try to address this with crew members having broken bones more frequently and infections for something I’ve made up called “Shipper’s”, a disease that afflicts people who spend a long time in space.

But what about sterility? Would people who volunteer for the Republican Fleet have to give up the idea of having kids? Or would they just have to settle for the fact that they’re going to turn out mutants?

And if magnetism is the cause of fruit flies being an even dumber creature than they already are, does that mean that artificial electro-magnetic shielding on a space craft intended to protect the crew inside from cosmic and solar radiation actually create a new kind of danger for them?

Like I noted above, the story is really light on facts at the moment but they’re still good questions to be asking. One day, hopefully, we’ll need to know this stuff and it’s better to be prepared than find it out as it happens.

In the meantime, little fruit flies, I guess we’ll need to keep on screwing around with you. You know… for science!