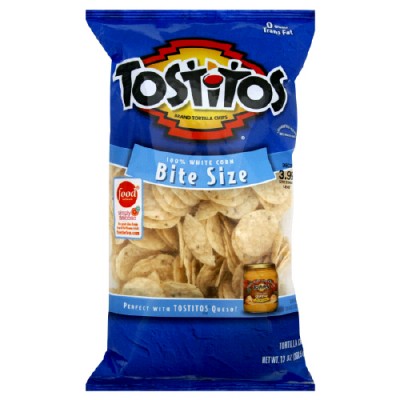 Remember when “public health” concerned itself with issues that no reasonable person would subject themselves to? AIDS, Yellow Fever, cholera and the like? If you’re around the same as as I am, the answer is probably no. Even back in the 80’s I remember anti-smoking and “Salt, the tasty killer” ads being run during primetime. 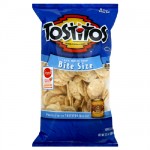 Would a reasonable person eat an entire bag of tasty Tostitos?

It used to be that “public health” was entirely based around preventing things that no reasonable person would subject themselves to. That’s why we haven’t had a yellow fever outbreak in the United States in… oh.. a hundred years? Unfortunately, once you’re successful you don’t just stop, throw a party to celebrate, and go home. Nope. You expand your mission to begin including things that a reasonable person would subject themselves to despite being aware of the long term consequences of doing so.

Think smoking. We’ve known for decades that smoking kills. I’m a smoker. I knew for two decades before I started smoking that it was bad… in the long term. Yet I chose to anyway. Why? It feels good and gives me something to do with my hands while waiting for a bus. (We didn’t have iPhones and Angry Birds back in the 90’s.) 20% of Americans continue to smoke despite years of research showing us how terrible it is for us.

Fats, sugars, salts… well, salt is actually something people need to live, there’s a reason the phrase “worth your salt” exists. Millions of Americans and others eat these things knowing, knowing, that they probably shouldn’t finish a whole bag of chips by themselves but doing it anyway because they’re willing to accept the long term consequences of being fat and all the health effects that goes with being so because they want another chip now.

Naturally, we have to be protected from this. By those who know better. From the latest in those who think everyone is incapable of making our own choices:

People who eat Twinkies often want to eat Twinkies, and we all need to eat. But it’s increasingly common to see the medical literature push forward an understanding of sugar addiction and it’s also true that our food choices are far from free, in no small part because of the commercial and cultural power of the food industry. Weaned as most of us are on Big Food’s free speech, we ought to be suspicious of our instincts when it comes to food.

This week’s Nature article doesn’t argue for the abolition of Big Food, but indicts the industry nonetheless: “Sugar is cheap, sugar tastes good, and sugar sells, so companies have little incentive to change.” Limiting the power of these corporations to sell their products — just as we limit alcohol and tobacco companies — ought to be widely agreed, and the battle among health professionals in the years to come will see the transformation of this proposition into an axiom.

The food industry tastes its own blood in the water, and is responding aggressively to the nicks and cuts from public health professionals. It’s unwise to underestimate the chutzpah of an industry that spread trans fats across the Western diet in the 20th century, and made a marketing pitch of their removal in the 21st. So the industry has adopted a strategy that counters a pound of sugar with an ounce of nutrition.

There is so much wrong with those short three graphs that it’s tough to know where to begin. But let’s start with trans fats. Fuck it.

It’s interesting how all these “public health” groups have been comparing the inclusion of trans fats into food to the slaughter of millions of innocents. But did you know that it was the Center for Science in the Public Interest who actually pushed for the use of trans fats in the first place over animal fats? Yes, the same people screaming bloody murder about them now.

Claiming that the food industry has “little incentive to change” and then pointing out that they’ve removed trans fats (a change of a change) is self-defeating. If the food industry wasn’t responding to calls for healthier diets, why would there even be low fat mayonaise and fat free, low calorie products in the first place?

In the end, it really doesn’t matter. The problem with people working in “public health” today have is not with the options available with the the choice people have to do something unhealthy in the first place. As is usually the case, they begin with information, attempting to get people to make the “right” choice on their own. When that doesn’t work, because a reasonable person might honestly not give a shit about the amount of sugar they’re eating today when the problem will come years down the road, the means of convincing you to eat “correctly” become more and more coercive until outright bans are inevitably called for.

That’s the way it works. And if you doubt, review the history of smoking, trans fats, what is happening to salt right now, and apparently the coming “war” on sugar.

Look, I’m all for eating healthy. I choose to do it myself, along with going to the gym to get my heart pumping for an hour a day. I still smoke but whatever… It should remain a choice.

Lastly, before I sign off this rather long post, allow me to address the so-called “social costs” of these things “public health” officials are trying to curb. These costs to society are caused by the increased socialization of everything. People who buy health insurance pay higher premiums because there are others who don’t eat as well and will end up using more medical services.

This isn’t the natural state of things though. If people paid their own way in health care costs, separate from everyone else, no ones costs would rise because of medical factors. It’s the socialization of these costs through insurance and other means that is proving to be the “burden” on society public health is now attempting to solve.

To put it another way, I live in a building in Brooklyn with thin walls. If I run my heat, my neighbor benefits from my heat by having to run her heater less. Same with air conditioning. If I chose not to, she has to run her systems more to make up for the lack of heat/cold buffering her unit. Should I be forced to run my heat or air because my lack of doing so increases her costs?

I worry about a world where we’re all forced to live in the food equivalent of 72-degrees all the time. It might be nice at first but, man, would that be boring.