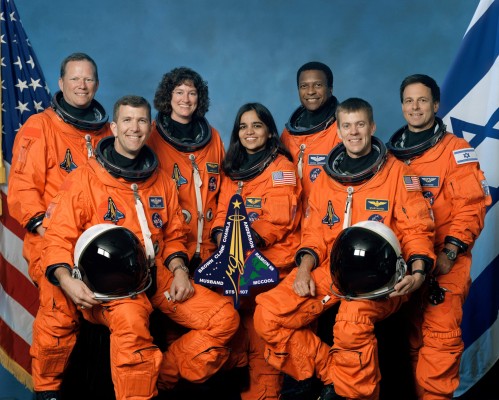 How Much is an Astronaut’s Life Worth?

Reason Magazine came out with an entire space issue last month and if you haven’t check it out but are interested in space, which you know you are if you’re reading this, then you really should check it out.

But even if you don’t, you should read the article How Much is an Astronaut’s Life Worth? by Robert Zubrin of the Mars Society. It’s a sobering look at how NASA’s “commitment to safety” is actually getting in the way of it getting anything done. It takes a look at it in terms of economics which is even more interesting.

No one loves the space program more than I do and NASA has done some damn interesting things it deserves tons of credit for but Zubrin points out how in the name of safety, the space agency has basically fucked the entire endeavor of human space exploration. And that just pisses me off.

[…] the Department of Transportation has a policy of rejecting any proposed safety expenditure that costs more than $3 million per life saved. That ceiling therefore may be taken as a high-end estimate for the value of an American’s life as defined by the U.S. government.

But astronauts are not just anyone. They are highly trained personnel in whom the government has invested tens of millions of dollars (the exact figure varies from astronaut to astronaut). Some, such as former fighter pilots, have received much more training than others. Let us therefore err on the high side and assign a value of $50 million per astronaut, including intrinsic worth and training.

Looking at the matter this way can provide some useful guidance for weighing risk against expenditure in the human spaceflight program. The issue is well illustrated by the case of the Hubble Space Telescope.

In January 2004, Sean O’Keefe, then NASA’s administrator, announced that he was canceling the agency’s planned space shuttle mission to save, repair, and upgrade the Hubble Space Telescope […] According to O’Keefe, the February 2003 explosion of the space shuttle Columbia showed how risky such telescope-maintenance flights were. As a responsible government official, he said, he could not authorize such a perilous venture.

To be conservative, let us assume that all the safety improvements undertaken after the Columbia accident accomplished absolutely nothing, so that the space shuttle’s reliability rate was still just the 98 percent demonstrated up until that time (123 successful flights out of 125). Based on the $50-million-per-astronaut value we arrived at above, the seven-person crew of the shuttle can be assigned a value of $350 million, to which we’ll add the replacement cost of the shuttle orbiter itself, around $3 billion. Proceeding with the mission—which would have extended Hubble’s life for another decade, yielding incalculable scientific knowledge—therefore would have posed a 2 percent risk of losing $3.35 billion, which implies a probabilistic loss of $67 million. Comparing that $67 million risk or insurance cost to Hubble’s $5 billion value, we can see that O’Keefe’s argument for abandoning Hubble was completely irrational.

Imagine that the captain of a $5 billion aircraft carrier let his ship sink rather than allow seven volunteers to attempt a repair, on the grounds that the odds favoring their survival were only 50 to 1. Such an officer would be court-martialed and regarded with universal contempt both by his brother officers and by society at large.

Sorry for the long quote but I’m sure you get the point.

After pointing out that the Apollo-era leadership intended to make a shot for Mars in 1981, he goes on to talk about the later mindset that believed it was better to take a slow and steady approach before trying for the Red Planet. The idea being that each small step would allow us to learn more and ensure a greater degree of safety to those who would go on the first mission.

The problem with that of course:

It’s true that nearly anything we do in space will provide experience that will reduce risk to subsequent missions, but by how much? Suppose that by doing one of the aforementioned intermediate activities—say, running the space station program for another 10 years—we can increase the probability that the first expedition to Mars will succeed from 90 percent to 95 percent. Assume that the extended space station program costs $50 billion, that we disregard its own risk, and that the crew of the first Mars mission consists of five people. Cutting the risk to five people by 5 percent each is equivalent to saving 25 percent of one human life. At a cost of $50 billion, that would work out to $200 billion per life saved, a humanitarian effort 100,000 times less efficient than the average achieved by the Department of Transportation. Meanwhile, the space station program would entail considerable risk of its own, while tacking on an additional decade of delay in achievement of the primary mission. Such an approach makes no sense.

It’s truly something to think about.

After each of the shuttle disasters, and I remember Challenger despite being in the third grade at the time because I was a space enthusiast even then, there were talking heads who always wondered how something like that could’ve happened.

“Oh my god, oh my god,” they cried as they rended their garments. “How could this happen when it’s all so routine!”

Forgetting for a moment that this was people flying into fucking space and not a, you know, school bus no matter how casual NASA tried to be about it all.

I like to think that the astronauts who died on these missions were well aware of the risk (98% if you read above) and had accepted they might very well die going up, coming down, or because of something happening while in orbit. And their deaths are certainly tragic but it’s sad to see that rather than inspiring people to take the next step, people have instead chosen to back away. And NASA has to accept its responsibility in doing this.

Without a mission, a real mission with true forward momentum, it all looks kind of meaningless. Or as Zubrin says:

It’s when the space program lacks a mission that it cannot bear risk. Instead, it (and we) can only recoil in horror at the spectacle of the Columbia crew—which included Israeli Col. Ilan Ramon, the pilot who led the daring raid that destroyed Saddam Hussein’s Osirak nuclear bomb factory—dying on a flight devoted to ant farms, recycled-urine-based finger paints, and other science fair experiments.

The point that I think Zubrin’s trying to make above isn’t that we should be shooting astronauts to Mars in poorly sealed garbage cans and hope for the best in the name of exploration but that, instead, there reaches of limit of what makes sense to do in the name of “safety” versus completing the actual mission set out for it.

If we wait until we’re a hundred percent certain that no one will get hurt trying something that’s inherently new and dangerous, we’ll never get it done.

Unfortunately, because NASA is a government agency, it’s also got to play to politics and the truth is, we haven’t had a President or a NASA administrator in a long time willing to accept the political consequences of more dead astronauts in service of a larger mission.

And just to show that I’m not a totally cold bastard, below are the crew photos from Challenger and Columbia, brave people who gave their lives for a human space flight program of awe inspiring bullshit. 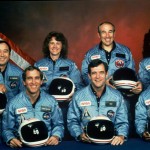 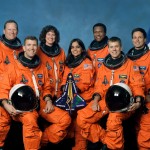