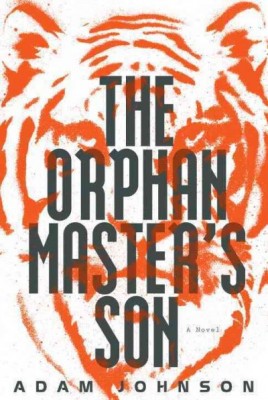 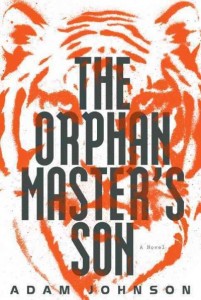 I finished reading The Orphan Master’s Son about two weeks ago and I still can’t stop thinking about it.

I’ve been interested in North Korea for a little while now. It started as mere curiosity about the “Hermit Kingdom” and how it’s managed, against all odds to continue to survive but has now blown up into something of an obsession, especially since reading Barbara Demick’s excellent Nothing to Envy, a story of people who escaped from there during North Korea’s “Arduous March”, otherwise known in the West as the famine of the 1990’s.

There was a story related in the latter book about a doctor who was loyal to the Worker’s Party and honestly believed that she was better off because of them but crossed the river into China in the hopes of procuring medicine for her patients and then returning. The book described how she crossed in the middle of the night and hid in a near by barn to rest where she found a bowl of rice and scraps of meat. It wasn’t until she heard a dog barking in the night that she realized that the food, more than she’d seen in several years, was for the dog. Needless to say, she didn’t return and made her way to South Korea where the author found her and wrote her story.

The passage was powerful to me because we generally think of the ’90’s as being a time of huge prosperity, verging on the extravagant and, yet, here was a place where society on the edges was literally crumbling. It also made me seriously want some fried rice.

Whereas Nothing to Envy was non-fiction, The Orphan Master’s Son is decidedly fictional but, in some ways, more powerful because it deals with many of the issues in the former while being able to get into the character’s heads. And the way the narrative is structured just adds to this power.

In short, the book is centered around a main character, the titular character, Jun Do. He was raised as an orphan in the orphanage his father ran, never knowing his mother. At a young age, he was recruited into the military to fight in the labyrinths of tunnels that run under North and into South Korea, training to fight in complete darkness. From here, he’s recruited to kidnap people the yangban, or ruling class, want without ever being told why. After excelling at the task, he’s taught English and assigned to a fishing boat to monitor radio transmissions. And on, and on, and on.

Jun Do is the lens through which we see North Korea and how North Korean’s see themselves, going from post to post and seeming to rise in rank until suddenly he doesn’t. And, if you think that I’m giving away too much of the story, rest assured, that’s only the first third.

It is through Jun Do that we see in North Korea it’s not the truth that matters, it’s the story. From the book:

Where we are from”, he said, “stories are factual. If a farmer is declared a music virtuoso by the state, everyone had better start calling him maestro. And secretly, he’d be wise to start practicing the piano. For us, the story is more important than the person. If a man and his story are in conflict, it is the man who must change.

This is shown in graphic detail after the 2nd mate of the fishing vessel decides to defect and the crew must make up a story for what happened to him. Needless to say, it involves American agression, a shark bite, and final words praising the “Dear Leader”. Jun Do is then “interogated” by a member of the Pubyok until he’s satisfied that Jun Do will keep to the story, all in the name of saving face and not allowing other people in the country to know that anyone might try to defect. Because, of course, there’s nothing to envy.

The thing about the book that really stuck with me was its absurdity, though I have no doubt that it is completely accurate. It’s almost as if the Kim family constructed their own private theme park (Korealand!) and forced everyone else in the country to staff it and play along. And this is brilliantly demonstrated by the structure of the story which is told in three voices: a third-person limited narrator dedicated to Jun Do, an interrogator, and a propagandist reading updates through speakers installed in every person’s workplace and home.

To get just a taste of the propagandist, check out the following:

I wonder of what you must daily endure in America, having no government to protect you, no one to tell you what to do. Is it true you’re given no ration card, that you must find food for yourself? Is it true that you labor for no higher purpose than paper money? What is California, this place you come from? I have never seen a picture. What plays over the American loudspeakers, when is your curfew, what is taught at your child-rearing collectives? Where does a woman go with her children on Sunday afternoons, and if a woman loses her husband, how does she know the government will assign her a good replacement? With whom would she curry favor to ensure her children got the best Youth Troop leader?

There’s so much in this book that I want to share but can’t for fear of ruining it. But there is one bit involving the International Space Station that might be of particular interest to readers of this blog and which I found both extremely funny and incredibly sad.

Needless to say, The Orphan Master’s Son deserves the Pulitzer it received and I highly recommend it to anyone, regardless of whether you might be looking for an escape from reality or a deep look into the DPRK. Because if these things weren’t actually happening, it might have been one of the funniest books I’ve read in a long, long time. But I finished it and just wanted to cry.