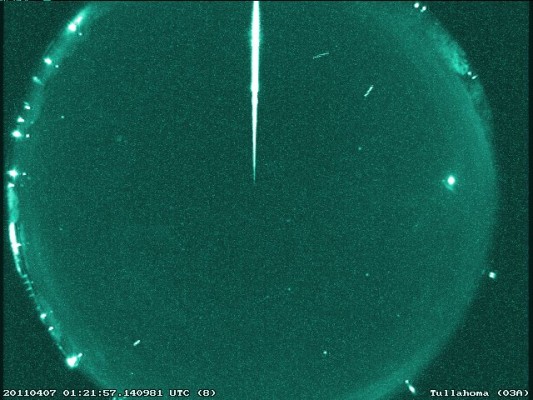 How To Save Ourselves From The End of The World 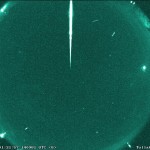 My girlfriend forwarded me this really interesting Ted Talks video. It’s Phil Plait from the Bad Astronomy Blog explaining how we, as opposed to the dinosaurs, might save ourselves from a world ending meteor strike.*

If you haven’t already seen it, check it out. (Click here if, for some reason you can’t see the video.)

The end part is the most interesting though, where he explains the “velvet glove” of how to move a meteor after knocking it off course, either into orbit around Earth or to send its on its way:

If we see an asteroid that’s going to hit the Earth and we have enough time, we can hit it to move it into a better orbit. But then what we do is we launch a probe that has to weigh a ton or two. It doesn’t have to be huge — couple of tons, not that big — and you park it near the asteroid. You don’t land on it[…] Instead you get near it.

The gravity of the asteroid pulls on the probe, and the probe has a couple of tons of mass. It has a little tiny bit of gravity, but it’s enough that it can pull the asteroid […] and you basically, these guys are connected by their own gravity, and if you move the probe very slowly, very, very gently, you can very easily finesse that rock into a safe orbit.

We invented something called an ion drive, which is a very, very, very low-thrust engine. It generates the force a piece of paper would have on your hand, incredibly light, but it can run for months and years, providing that very gentle push.

Secondly, an “ion drive”? Being into science-fiction, I’d read about the idea behind them but I guess I hadn’t been keeping up enough to know that they actually exist.

What’s really neat about this is that with all the talk about Apophis and the worries about 2012, this guy actually comes up with some answers on how we’d prevent it. And that we can prevent it. That the technology to do so actually exists.

Also, if we could knock a meteor into orbit, that opens up a whole other set if interesting possibilities. In the video, he mentions mining but even better than that would be having the foundation of sorts for a space elevator. Now how cool would that be?

Anyway, that’s pretty much all I have to say about that, except have a happy Thanksgiving and don’t worry about those meteors. We can totally take care of them. Assuming we even know they exist…

*”World ending” for us. The planet, as before, would continue with a +/- 75% extinction rate. Really bad for us but the world and those creatures that survive would continue.