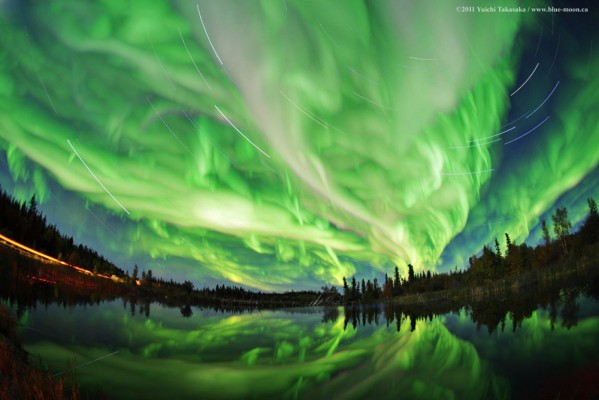 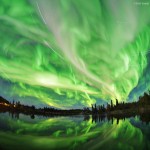 I don’t know what it’s been this last week but I’ve been seeing some awesome photos of the aurora borealis. You know, those pretty lights near the North Pole that looks like someone’s having the world’s largest rave?

They’re not just pretty colors though. Well… they are… but what they really are is a clear picture of the solar radiation bombarding Earth and the protection of the magnetic field, generated by the molten core of the planet. It’s this shield which keeps all of us from glowing as green as that light show and which saves our atmosphere from getting blown away by the solar winds like say, err, Mars.

This is also really cool, a time lapse of photos taken from the International Space Station. It’s been making its rounds this week and last and if you haven’t seen it you should.

(If, for whatever reason, you can’t see it here, go here to watch it).

Why’s any of this interesting beyond being fun to look at? And it is really fun.

I mentioned Mars above. There’re a thousand ideas on how to terraform Mars. But they all have one major problem. They’re no magnetic field on Mars. When people say its a dead planet, they’re really speaking the truth. Unlike Earth, Mars has no molten core. And at least as far as we know, no molten core, no magnetic field.

The magnetic field, aside from keeping radiation away, also keeps water in, not allowing it to bleed off into space. From the Wikipedia article on the subject:

Additionally, when the solar winds blow, it’ll just rip away the nice oxygen atmosphere that several generations of people spent so long building. It’s happened before and it continues to happen.

So, enjoy the splendor of the Northern Lights and thank whatever you give thanks to that they’re there. Otherwise, we wouldn’t be.