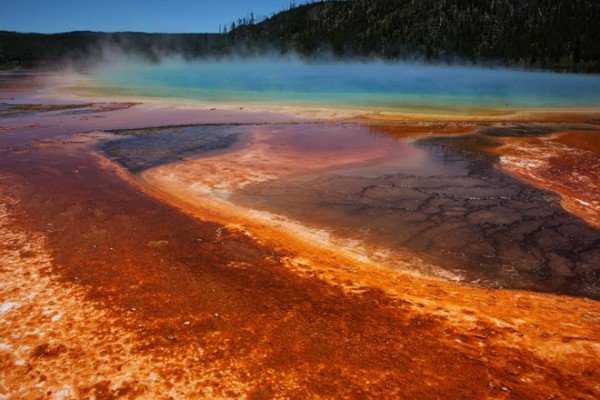 I probably should’ve posted this weeks ago but again, work with my consulting business has been busy and I’ve had less time to blog. But it looks like Wired has decided to hire a new blogger dedicated to the study of exophiles.

Now… full disclosure, I once worked for Wired. I even wrote a review of the Phantom Menace for them (not for those who think the new trilogy has anything to do with the original trilogy, in 3-D here for the latest). That said, back in the day, they didn’t have the budget to bring on a blogger to write exclusively about exophiles and what they’re up to. Of course, I don’t know if this guy is getting paid but, still, it’s pretty cool.

So what exactly does the field of exophiles (or Astrobiology) study?

Astrobiology has the “-ology” suffix suggestive of a codified science, but things aren’t quite so black and white. For one thing, it’s tough to study life beyond Earth when we haven’t found it, and because of this inconvenient detail, astrobiology, for all its extraterrestrial grandiosity, is actually a very Earth-centric field. We tend to study other worlds by analogy, using the most extreme sites our planet has to offer as a stunt double for what we think are the most biologically relevant sites in the universe. Through this lens, the dry volcanic hills of the Atacama Desert become Mars and the ice-capped lakes of Antarctica become Europa. After all, the thinking goes, if microbes can survive bone-dry deserts or sub-zero temperatures on Earth, then maybe they can do it on other planets.

Makes sense, right? If we can find sponges surviving on the bottom of the ocean floor living near warm carbon-dioxide and sulfer vents, why couldn’t we find something in whatever extreme environment exists on another plant. In fact, that’s what’s so cool about exophiles is that it shows how well life adapts to harsh environment.

Naturally, this probably won’t lead to the discovery of little green (or gray) men but, hey, life is life. And if simple life proves to be common, the math is with on on finding more complex organisms at that point. In fact, the math would almost prove that some kind of intelligent life has to exist out there.

Whether they’ve made it as far as we have or further is totally discussable. I mean, we haven’t yet killed ourselves with our nuclear weapons but that’s not to say we haven’t. Another civilization, again assuming they’ve made it that far, may or may not have survived the technology but still… the chances of them being out there is far higher if we can find sponges in the depths of Io or whatever.

Still, the work they’re doing at Wired is pretty goddamned impressive. For instance, this article on preventing interplanetary pandemics. This is something I’ve given some thought to in the Unified Republic of Stars.

Basically, I’ve made my work easy by saying that by coming from two different root sources, it’s less likely for cross contamination to happen. As in, a virus built to attack something on its same planet probably wouldn’t know what to do if it found itself inside an organism from elsewhere because of a different biochemical makeup and gene structure.

Is this plausible? Beats the hell out of me. Michael Crichton wrote a best selled based on the premise that a foreign organism could attack life on Earth so I guess it could go either way.

Anyway, it’s cool that Wired has someone on the beat covering this kind of stuff. Be sure to check it out if you’re interested in the possibility of life out there.