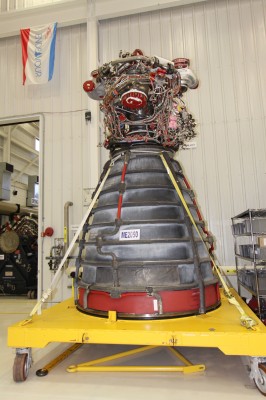 I was clicking around the NASA website and went into the Space Shuttle section because, honestly, I miss the fucking thing. I mean, we had four, four spaceships capable of going into space and returning, more or less whole. The only thing that wasn’t recycled on it was the external tank.* But the whole thing was one amazing piece of engineering. 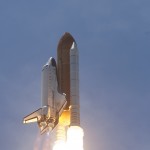 Or, as a guy I know said about why he liked the SR-71 so much, it was because it was one of the last examples of awesome engineering done with slide rules. Well the same applies to the shuttle. As this article says:

The advances did not come easily for designers who, working in the 1970s before computer-assisted design became commonplace, ran many of their calculations on slide rules and used judgments based on the experience they gained building massive engines for the Saturn V moon rocket.

Jesus H. Christ! I mean, people are doing cool things, what with the tools computers now provide, but think about it, most of the work done during the Golden Age of space flight was calculated without the aide of computers. That’s pretty bad ass.

Still, the coolest thing about the shuttle is probably those engines. Having been to see a couple of launches down at the KSC, and also being an avid watcher of NASA TV, those engines, when they light and those three cones of almost invisible blue shoot down, well… there’s nothing like them on the planet.

When most people think of an engine, they usually picture a part of the engine called a bell or nozzle. It’s the part that everyone sees at launch shooting flames and supersonic exhaust. Although a lot is happening inside the bell, it’s one of the least active parts of the machine during launch. The real action is taking place in front of the engine bell in a maze of hidden machinery called the powerhead.

“The powerhead is the meat of the engine,” said Stephen Prescott, a Pratt & Whitney Rocketdyne engineer specializing in the engine’s turbopumps. “The nozzle is what’s actually allowing us to gather the thrust, but the powerhead is what actually gives us the thrust.”

The powerhead is home to four turbopumps, a robust computer controller and a network of ducts, wiring and valves designed to release 500,000 pounds of thrust without exploding. 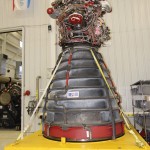 And, of course, it wasn’t just the engines they thought of but the sound the engines created, too.

Beneath the launch pad, there’s a pool of 300,000 gallons of water that floods right before main engine ignition. (This is one of my favorite little facts about the space shuttle program.)

The system reduces acoustical levels within the orbiter payload bay to about 142 decibels, below the design requirement of 145 decibels.

Of course I can’t find a link to it but something I once saw at the KSC said that even with this noise reduction, a person standing somewhere within a mile of the launch pad would still be killed by the sound.

And these were just the tip of the iceberg on amazing features built into the space shuttle. Almost every aspect of the shuttle was a field of science unto itself.

As I’ve said in the past, my politics run toward the libertarian and I’m generally against massive government programs. But the space shuttle still holds a special place in my heart, partly because of where it went and partly because of what it took to get there in the first place. It was truly something great that has now unfortunately ended and no replacement worthy of calling itself one appears to be in the offing, which is by itself sad.

I’ll probably post more cool things about the shuttle in the future, even though the program has been ended, just to remind people of the awesome machine that took us into space so well, people actually began to think it was boring.

* Oh, and about the non-recyclable external tanks? Here’s the tank engineers explaining why reuse isn’t possible:

At 500 seconds after liftoff, the [external tank] separates from the orbiter and plunges through the atmosphere and breaks apart as it falls into the ocean. A re-design to increase its structural ability to survive the 52-mile plunge would increase the weight beyond the shuttle’s capability to launch. In addition, the tank would need to be transported from the Indian Ocean to New Orleans, La.

Yeah, I get it. It’s not like anything I’ve ever built has had to survive those conditions. Just say’n…