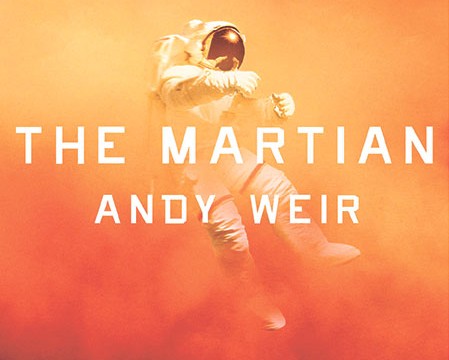 As I was at the airport on my way out for my Christmas holiday, I stopped in the book store looking for the usual crap I like I read when on vacation. Well… crap may be too harsh. But it’s not exactly high lit, if you will. Usually, I look for something that can absorb me while family cross-talks over the dinner table or while the men in the family sit around and watch football. So… it has to be the kind of thing I can easily return to after people boo or cheer a call on a fine point of a sport I honestly couldn’t care less about.

The books that fit this description tend to be modern detective or thriller novels. You know, like the Alex Delaware or Jack Reacher series. Fine reads, I assure you. But not one that will have hot bookish women look at you as someone who is clearly well read and will help produce the next generation of brainy writer children.

Hey, I was at an airport bookstore.

But I lucked out and happened across a book I swear I’d heard of before but had somehow missed in my reading list, The Martian by Andy Weir.

All I did was read the back cover and knew that, despite the John Scalzi book ( now here!) I already had in my bag, this was what I wanted to read on the plane. Here’s the back of the book description:

Six days ago, astronaut Mark Watney became one of the first people to walk on Mars.

Now, he’s sure he’ll be the first person to die there.

After a dust storm nearly kills him and forces his crew to evacuate while thinking him dead, Mark finds himself stranded and completely alone with no way to even signal Earth that he’s alive—and even if he could get word out, his supplies would be gone long before a rescue could arrive.

Chances are, though, he won’t have time to starve to death. The damaged machinery, unforgiving environment, or plain-old “human error” are much more likely to kill him first.

But Mark isn’t ready to give up yet. Drawing on his ingenuity, his engineering skills—and a relentless, dogged refusal to quit—he steadfastly confronts one seemingly insurmountable obstacle after the next. Will his resourcefulness be enough to overcome the impossible odds against him?

Seriously? How could I not read that? I maintain a sci-fi storyworld site. I do a frigg’n podcast on space colonization!

I’ll admit that at first I was a little worried about the format. Fully the first third of the book is written in first person diary accounts of what Mark Watney was doing day by day to survive. Which is interesting and, I can’t help but to feel, is very well researched and probably accurate. And the science alone was amazing! But it’s first person dialog to the reader without any actual dialog or character interaction. And the format almost acts as a bit of a spoiler to the resolution.

He’s going to do something dangerous that could kill him? Well… I’m on page fifty of 369… I’m guessing he’s going to survive. But I’ll read the next journal entry, you know, just to be sure.

But, after that first third, the novel begins to switch between what NASA on Earth is seeing, Watney’s shipmates on the return vessel, and Watney’s own entries. And this mix made it feel much more like a novel but also added the degree of suspense that had been missing. There were other characters. At any point Watney could die and the rest of the book would be about coming to collect his corpse.

This is all just nitpicking the storytelling style though. At the end of the day, what this book is is a suspenseful and probably accurate imagining of what it might take one very intelligent and tenacious man to survive on Mars for over of year in the hope, just the hope, of a return mission coming to get him.

And though some of the other characterizations are a little thin, the people at NASA and on the Mars vessel fit the archetypes you might expect for their various roles, Watney is written as a kind of guy you might know or wish you knew, equal parts funny, smart, and resourceful.

I breezed through the book in a little over a week (hey, I had Christmas and skiing to do) and I enjoyed almost every moment within it.