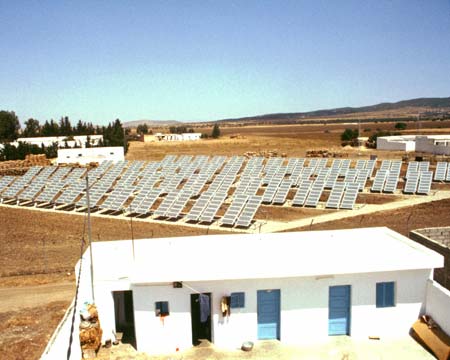 Renewable Energy, or, How Renewable is Our Means of Generating Energy?

Found a really interesting article in the Bulletin of Atomic Scientists in which it discusses the “The myth of renewable energy”. 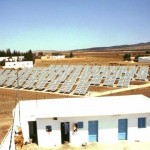 The future of energy?

What’s really fascinating about this is that while one side of our political spectrum seems to think that anything that doesn’t involve setting fire to it in order to create energy is a loser while the other side won’t even look at it unless in involves the wind or the sun, it’s a refreshingly non-political take on the realities of “renewable” energy.

The term “renewable” energy is nebulous enough to leave anyone hearing or reading the term thinking the person who said or wrote it has no idea what they’re talking about.

For instance, the Department of Energy describes it as:

A fairly concise explanation, no?

Except that it fails to take into account what the technologies that harvest these resources require to turn them into energy. A brief example from the article:

Solar power. While sunlight is renewable — for at least another four billion years — photovoltaic panels are not. Nor is desert groundwater, used in steam turbines at some solar-thermal installations. Even after being redesigned to use air-cooled condensers that will reduce its water consumption by 90 percent, California’s Blythe Solar Power Project, which will be the world’s largest when it opens in 2013, will require an estimated 600 acre-feet of groundwater annually for washing mirrors, replenishing feedwater, and cooling auxiliary equipment.

Geothermal power. These projects also depend on groundwater — replenished by rain, yes, but not as quickly as it boils off in turbines. At the world’s largest geothermal power plant, the Geysers in California, for example, production peaked in the late 1980s and then the project literally began running out of steam.

Wind power. According to the American Wind Energy Association, the 5,700 turbines installed in the United States in 2009 required approximately 36,000 miles of steel rebar and 1.7 million cubic yards of concrete (enough to pave a four-foot-wide, 7,630-mile-long sidewalk). The gearbox of a two-megawatt wind turbine contains about 800 pounds of neodymium and 130 pounds of dysprosium — rare earth metals that are rare because they’re found in scattered deposits, rather than in concentrated ores, and are difficult to extract.

While I don’t really see concrete or steel as being “non-renewable” resources, what would be required to produce them would certainly have detrimental effects on the environment where it happens. And “rare earth metals” are certainly in short supply. When, in the solar power section, it was mentioned about photovoltaic panels not being renewable, it was because they contain rare earth metals that help make the conversion between sun and electricity.

It reminds me of Lloyd Bridges in Joe Vesus the Volcano:

[..] There’s a mineral on that island, Mr. Banks. It’s called bubureau. I don’t know anywhere else on the planet where you can find more than a gram of this stuff, and believe me I’ve looked. Because without bubureau I can’t make my superconductors. I’ve tried to get the mineral rights from the Waponis, but I don’t seem to have anything they want. But they do want a hero, Mr. Banks. And they’ll give me the mineral rights if I find them one.

I looked for the scene on YouTube but couldn’t find it. Grrr…

Anyway, the article goes on to say:

And it finishes by explaining that the only way we can continue any kind of reasonable, renewable energy production is by reducing the overall demand for energy.

As I said at the beginning, it’s a fascinating look at energy and our consumption of it. Not only because of how much we use but how hard it is to harvest.

There’s energy all around us. To use solar as an example, there are 3,850,000 exajoules of energy absorbed by our atmosphere, oceans, and landmasses every year and yet the highest commercially available conversion rate of the sun’s energy to actual electricity is somewhere around 35.8%, an impressive number but not enough given the shortage of materials with which to make them.

Physics, of course, is the answer, in my mind. The more we learn about the physics, the more we understand about the universe and that can allow us to harvest the vast amount of energy that’s just there in every atom and every burst of radiation. It’s the only way we’ll ever truly meet our energy needs and future demands.