Is Your Body Interstate Commerce?

I don’t know where I found this article but the story, when you dive into it is actually pretty shocking.

The short of it? The Food and Drug Administration claims that they can prevent a treatment using your own stem cells because it qualifies as “interstate commerce” and under that banner, the FDA has the power to regulate and prohibit them.

I know. More from the story:

The Alliance for Natural Health states that the FDA has claimed in a legal conflict with a Colorado medical clinic, Centeno-Schultz, that a treatment it conducts using adult stem cells is under its regulatory jurisdiction. Centeno-Schultz’s Regenexx-SD is a non-surgical procedure to treat joint pain with adult stem cells by removing the stem cells from the patient’s blood and re-inserting them into the area needing treatment. No outside drugs are involved.

Since the stem cells are, as it says in FDA’s statement above, being used as a treatment, they are subject to regulation. ANH states that the FDA claims the authority to regulate because of interstate commerce:

So… taking your own cells out and having them inserted elsewhere is a treatment. Okay, I kind of get that. A skin graft is a treatment and that’s basically moving cells around, though it might be considered transplanting an organ depending upon how one views it.

But because they buy their equipment out of state, equipment that’s already manufactured and must be sold for other purposes, that “treatment” is now illegal because interstate commerce occurred before the treatment took place?

And even more ridiculous, people might cross state lines for the treatment and have an effect on drug sales? Well… yeah… if the “treatment” works better than the available approved drugs, then it should but I don’t know that people driving or flying across state lines for something that occurs entirely within a state, with a set of tools that are also physically present in that state, was ever meant to qualify as “interstate commerce”.

Even by today’s “understanding” of the clause, that’s still pretty broad, wouldn’t you think?

By that rationale, if I were to build a website for the local coffee shop here in Brooklyn on my MacBook, because I purchased that MacBook from Apple which is in California but built in China, am I now involved in “interstate commerce”? And if do it in such a way that someone from another state comes to me to build one for them, I suppose substantially effecting the demand for services where ever they came from, does the Federal Government now have the power to regulate my services (beyond basic fraud statutes)?

When looking at the powers granted to Congress by the Constitution, I had no idea that one would be so powerful. I often wonder if the framers knew it would be. 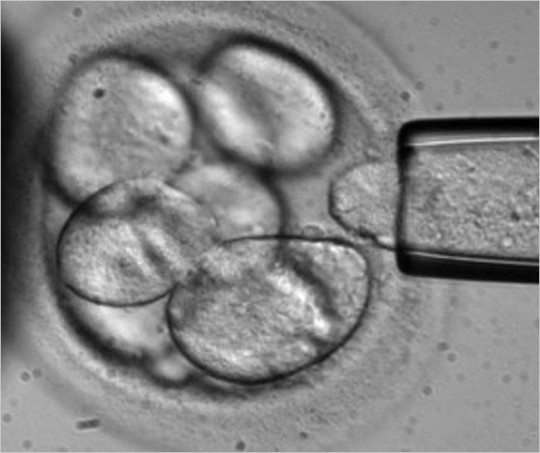 Hey, now! Did those cells come inside you from another state?

Not that anyone cares, but on matters of Constitutional interpretation, I tend to believe in a plain reading of the text, taking its meaning by what the words meant at the time they were written. Yes, yes, there are a lot of things now that didn’t exist then so one has to try and imagine how different things today would have been classified then but, given that most of the document is pretty easy to read, I think it would be safe to assume they were writing it for the average citizen to understand and not be poured over and dissected, it’s meaning only clear to lawyers.

Thus, I usually take the stand that “commerce among the several states” pretty much meant keeping Virginia and Maryland from erecting trade barriers and economic sanctions against each other.

The idea that because something is being done now with a tool bought yesterday built and bought across a state line falls under “interstate commerce” seems flat out ridiculous. Especially when concerning the manipulation of your own cells.

When I talk about the kinds of regulation the future governments of Earth might enact that people could chafe against and send them looking for freedom within the Colonial Star Cluster, this is exactly the kind of issue I was thinking about.

Despite talk about how the government is trying to enable access to healthcare, I often see it as an impediment, especially when it comes to new procedures and experimental treatments. On a personal note, my grandfather died of Alzheimers. As such, I’m at a risk for it. Personally, if I’m diagnosed, I’d rather risk whatever unknown side effects come from an experimental treatment than waste away like he did. But regulations make that kind of thing extremely difficult.

But isn’t the risk mine to weigh? I would think so.

People complain about politics and the mess that it is all the time. But by having the government more and more involved in our lives, it by its very nature politicizes the most personal decisions we have to make.

The issue with these stem cells isn’t one about potential life, they’re from the patient’s own body. But because they’re a hot topic, and because this “treatment” hasn’t been through billions of dollars of trials, the FDA is banning it despite patients willing to endure possible side effects for the possibility of reduced pain.

I believe this to be a basic issue of personal liberty, the liberty of living one’s life. And if the government is preventing one doing so, wouldn’t you try a place with fewer laws but the possibility of life?