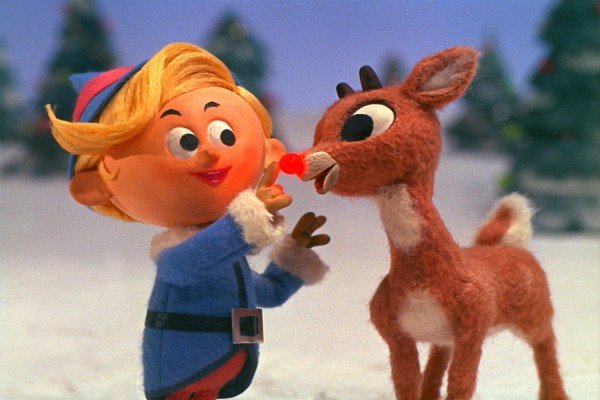 Why Rudolph The Reindeer Is An Ass

Warning, if an obscenities filled rant about a beloved Christmas icon isn’t your thing, then neither is this post.

Have a listen to the song “Rudolph the Red Nosed Reindeer” and really study the words for a second. What do you hear?

I hear a story about a genetic freak that that other reindeer were rightly wary of. I mean, what kind of generational incest or interspecies breeding took place for a reindeer to have a nose that glows from no obvious power source? If you were a child, on the playground, and a kid with a bright red spot on his fucking face wanted to join in your games, wouldn’t you perhaps decline to be his playmate?

In all of the adaptations for the screen, Rudolph is also shown as one of the smallest reindeers in Santa’s stable, meaning that beyond being a freak of nature, he was also probably too small and scrawny to actually pull the sleigh, the entire fucking purpose Santa has reindeer in the first place. And, though he’s incapable of performing his sole function in life, he feels entitled to play with the hardworking members of his (supposed) species and probably eats from the same trough, too.

Thus, it shouldn’t be all that surprising that Rudolph isn’t exactly popular with the other reindeer. I mean, at this point in the song, it’s essentially about a freakish mooch who is lonely.

One Christmas Eve, it’s fogged in and Santa comes up with a clever idea, clever more for the PR it’d get him than any practical uses given the actual brightness of bio-luminescence. He chains up Rudolph to be the first reindeer to “guide the sleigh”. And this is where the song dives into flat out propaganda.

Like shining a car’s brights into a fog bank, it doesn’t do a whole lot for the person with the light. It’s really for everyone around you, so they know there’s something else out there in the fog. So we know Rudolph didn’t do shit for Santa’s vision that night. But that’s actually the least of the lies sung about in the song.

The greatest of the lies:

Then all the other reindeer loved him,
And shouted out with glee,
Rudolph the Red-Nosed Reindeer
You’ll go down in history

I suppose the idea here is that a power figure found a use for an otherwise useless member of society and that, because of the novelty or the acceptance by said authority figure, everyone else fell in line. But when has that ever actually happened? I mean that acceptance has come from the top down?

Just look at American society. How are race relations these days despite the Civil Rights Act (a top down decree)? On the other hand, when change comes from the bottom up, we actually do see real progress. Compare race relations to issues like gay marriage, pot legalization.

So what is the real message of Rudolph the Red Nosed Reindeer?

I think it can be summed up as:

A weak genetic anomaly, incapable of pulling his own weight but with the pity of an authority figure, becomes famous for work mostly done by others by decree of said authority and a PR machine to back it up.

I know, I know…. Rudolph is supposed to be a story about acceptance. That one can turn a disability into an asset and be loved for it. But what kind of message does it send children to let them know that some fucked up little mutant could become famous based on their own hard work on the say-so of an authority figure?

So my message is, “Fuck Rudolph.”

Frosty’s all right, though.