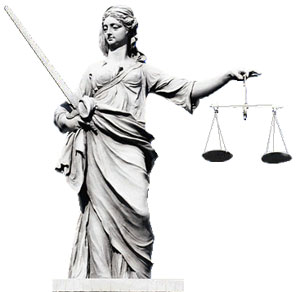 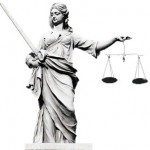 This may seem a strange post for a blog attached to a science-fiction story world site but given that sci-fi has always been at its best when trying to deal with real world problems in a fictional setting, maybe not so much.

A couple of stories caught my eye today. The first was on the prosecution of a man who stood outside the Federal courthouse in lower Manhattan distributing literature on the topic of jury nullification, among other issues he felt potential and serving jurors should know. Jury nullification, as defined by Wikipedia is:

Jury nullification occurs in a trial when a jury reaches a verdict contrary to the judge’s instructions as to the law.

A jury verdict contrary to the letter of the law pertains only to the particular case before it; however, if a pattern of acquittals develops in response to repeated attempts to prosecute a statutory offense, it can have the de facto effect of invalidating the statute.

If you’ll forgive my layman’s interpretation, it’s essentially the jury knowing that a defendant in a criminal trial is guilty per the letter of the law but they either believe it was excusable in that instance or that the law is sufficiently unjust and find the defendant not guilty anyway.

The right of juries to nullify verdicts dates back in common law tradition to the Sixteenth Century and has been practiced in some form in every nation that inherits from English Common Law since.

Well… naturally judges and prosecutors get a little ornery when a “clearly” guilty defendant is let off by a jury. So they want to end the practice. In fact, if the case the NY Times reported on is any indication, they’d rather juries never know about it in the first place.

But a prosecutor, Rebecca Mermelstein, wrote in the government brief that Mr. Heicklen’s courthouse appearances, his “Jury Info” sign, his writings, and statements he made to an undercover agent posing as a passer-by showed his “intent to target prospective jurors in particular.”

But what’s even more interesting is when arguing why jury nullification is a bad thing, she writes:

[Mermelstein] noted that historically, jury nullification had at times produced just results, like acquittals by Northern juries in prosecutions under the fugitive slave laws. But more frequently, nullification was used to frustrate justice, she added, citing hung juries in the 1964 trials of Byron De La Beckwith in Mississippi for the murder of the civil rights leader Medgar Evers the previous year.

Ah… yes. Because if a racist ever used a right and didn’t get thrown in jail, it must be a bad one that has to go away.

I’m not saying the juries in those cases weren’t wrong to nullify. Clearly, those were bad people. But what ever happened to the idea of a criminal justice system where it’s better to have a hundred guilty men go free than one innocent one sitting in jail? And does letting a few bad actors off mean we should all give up the right to explain to juries why we should not be found guilty because of an unjust law?

I would hope not.

The second story that caught my eye was called Tyranny and the Rule of Prosecutors by an excellent blogger named William L. Anderson. In it, he explains how those who are supposed to know the law best of all are the ones least accountable to it.

However, despite the fact that these government agents knowingly and systematically defied the law, the special prosecutor has declared that they should not face any criminal charges because…the trial judge “did not issue a clear order telling them to properly handle evidence and witnesses.”

[…] according to U.S. courts, [citizens] are supposed to know literally every law that Congress and various state legislatures, not to mention local governments, pass every year, as well as every other law that ever has been placed on the books anywhere in the USA.

So… while police and prosecutors face no sanctions for knowingly violating the law they are supposed to be experts, every day citizens are to know every one that’s been on the books since… well… forever. And don’t even get me started on the gutting of mens rea…

Given this set of circumstances, it would seem to me that jury nullification would be needed now more than ever. After all, as Dr. Anderson writes so well:

Tyranny exists when certain people are permitted to act in a lawless manner while forcing others to obey ridiculous and oppressive laws.

Just to add the cherry on top, you remember the beginning, the guy who was arrested for trying to inform juries about the whole concept of jury nullification? Well… naturally he’s demanded a jury trial, as is his right under both the constitution of New York State and the United States Constitution as well.

Ms. Mermelstein, opposing that demand, cited as one reason Mr. Heicklen’s ardent stance that juries should nullify. He would probably “urge a jury to do so in a case against him,” she wrote.

Sometimes it’s easy to wonder if those who believe there isn’t prosecutorial tyranny might be the crazy ones.

Okay, so this has been a long post. So how does this tie into the Unified Republic of Stars?

It’s one of the central themes of the tale of Guillermo Nicoletto and it almost tears the Republic apart. I wrote that years ago but its funny, it seems more apropos today than it did then.

UPDATE (12/1/11): William L. Anderson, who I quoted above, has also taken up the topic of the jury nullification case I cited. I contacted him about this post and forwarded on the NY Times article at his request and am thrilled to see his interpretation.