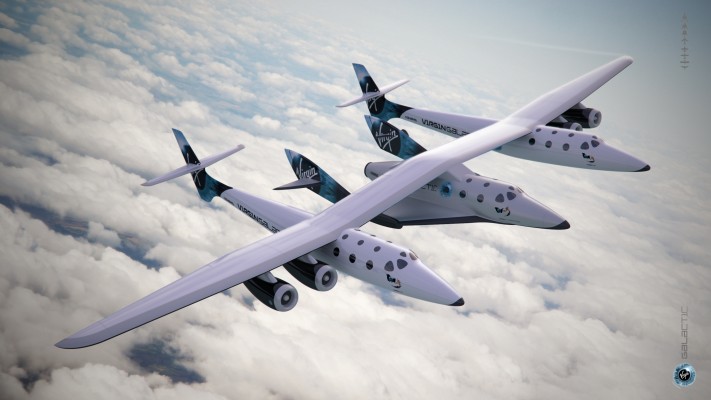 People Will Die For Space Tourism… And That’s Okay

I wanted to write about this last week (the week before?) when it originally happened because, between the Antares rocked explosion and the Virgin Galactic debacle, it was a rough week for private spaceflight. And then Wired piled on with an editorial titled “Space Tourism Isn’t Worth Dying For.”

But, of course, they’re wrong. I mean, just look at some of the brilliant reasoning:

…we’re going to hear a lot about exploration, about pioneers and frontiers. People are going to talk about Giant Leaps for Mankind and Boldly Going Where No One Has Gone Before. And we should call bullshit on that.

SpaceShipTwo—at least, the version that has the Virgin Galactic livery painted on its tail—is not a Federation starship. It’s not a vehicle for the exploration of frontiers. This would be true even if Virgin Galactic did more than barely brush up against the bottom of space. Virgin Galactic is building the world’s most expensive roller coaster, the aerospace version of Beluga caviar. It’s a thing for rich people to do: pay $250,000 to not feel the weight of the world.

People get rich; they spend money. Sometimes it’s vulgar, but it’s the system we all seem to accept. When it costs the lives of the workers building that system, we should stop accepting it.

Testing new aircraft takes a level of courage and ability beyond most humans. The pilots who work out the kinks in military fighters and giant transport planes are keeping their various countries safe (let’s agree to believe) or helping further the global economy. And it doesn’t take any less bravery or skill to test the planes Virgin Galactic wants to fly. Those engineers and those pilots are at the peak of human achievement. What they’re doing is amazing. Why Virgin is doing it is not.

Where to even start with that? Because rich people are going to pay to go up on it, because there’s a profit motive, it doesn’t deserve any credit as a stepping stone into the next phase of spaceflight? Because that’s what he seems to be saying…

Forgive my language, but what a bunch of bullshit…

Fortunately, on Friday, Wired also published a counter-point titled “Discrediting Space Tourism Insults the People Who Risk Their Lives for It” that I feel brings up some valid things:

A colleague of mine, also an engineering professor, reminded me of the many advances in automotive engineering that came about because of attempts to break the land speed record. Those efforts were ones that involved many engineers, and also many of that era’s wealthy elite. Land speed record holders have come from families with backgrounds in diamond sales, fur trading, and other entrepreneurial endeavors. In 1904, William Vanderbilt, son of William Henry Vanderbilt and a millionaire himself, held the record at 92 miles per hour. At the time these attempts could easily have been dismissed as “thrill rides” by critics, but they also led to advances in tires, composites, and engine design.

In the piece that was posted on WIRED.com, the author repeatedly refers to the high cost of the tickets that have been sold for future flights on SpaceShipTwo, and that the pilots death “keeps rich people further away from weightlessness and a beautiful view.” I’d like to remind all of us that there are many examples of technology that was originally extremely expensive, and thus used initially by an admittedly wealthy subset of the population, that then became commonplace at multiple income levels. Consider, for a moment, the commercial airplane, computers, clean water and refrigeration— the technologies that I mention at the beginning of this article. There was a time when these were luxury items and some commentators couldn’t imagine that these would be available to the average person.

This brings me back to the original article that caught my eye on this topic. What gives any of us the right to decide for others what is, or is not, worth dying for? Last year I, as a longtime sailor and Ocean Engineer, read WIRED’s coverage of the 2014 America’s Cup. This year’s race was undertaken by multi-million dollar boats that reached never-before seen speeds. At this size and speed, these boats could be labeled both state-of-the art and also deadly. Andrew Simpson, a highly skilled sailor, was killed in a crash during one of the training runs. In all of my reading of WIRED and WIRED.com at that time, I do not once recall coming across any coverage that declared yacht racing “not worth dying for.”

We should all be very cautious about deciding, for others, which endeavors are worth doing, or even dying for. What we should be concerned about is informed consent. The teams that undertake these endeavors must ensure that participants understand the risks, and should do everything in their power to protect those participants. Moreover, they must ensure people uninvolved with the project are kept safe. At this point it seems that the testing was done in such a way that the public was not at risk, and that the participants knew what they were taking on.

She has the right of it. And not to get all political, that’s also at the core of libertarian thinking. I can risk my life doing whatever I feel is worth it. It’s my life. What I don’t have any right to do is ask you to risk yours or put yours in jeopardy without your consent.

The first article is wrong on so many levels but mostly because he seems to be disgusted by the profit motive. That people are disgusted by such a thing I find, frankly, sad and still don’t understand how people don’t see so many of the benefits society has reaped because of, well… naked greed in some cases. But that he thinks he can declare all of space tourism a not worth the risk of life or limb places such a ridiculously high burden on the safety requirements necessary to achieve it that the whole industry might as well fold up shop and walk away.

But, because NASA has placed such a high premium on astronaut safety, the space agency is, for all intents and purposes, moribund when it comes to its human spaceflight program.

Personally, I applaud these test pilots, just as I do every astronaut, because they are working on the technology that will one day help us take the next great step into space. Are they heroes? Eh… I feel like the word is over used these days. But they do have some balls on them that should make anyone want to take a step back and salute what they do.

Loosing people doing experimental things sucks. And, like I said, it was a very bad week for private spaceflight. But rather than declare that people shouldn’t be dying trying to advance an area they’re passionate about, let’s mourn the dead, acknowledge their achievements, and ask when the next flight is scheduled. Because that’s the only way we’ll ever go anywhere.