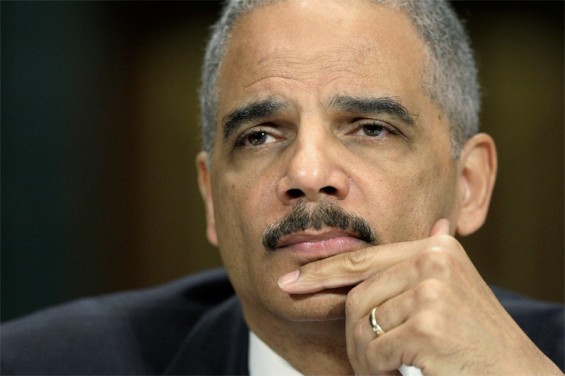 In case you missed it, the government is pissing itself over Apple and Google’s announcement that they’re enabling encryption on their devices by default. I’m not going to go into the ins-and-outs of encryption but, needless to say, every devices will now be individually encrypted with its own unique set of keys, rather than with a set of master keys held by the OS manufacturer.

The reason the FBI, the President, and a bunch of police agencies are getting all caught up in their shorts though, is because, without the master keys, Apple and Google won’t be able to decrypt a phone even if it’s brought to them with a warrant ordering them to do so. There’s debate, of course, over how effective this new system will be. And some people have already posted reasons why it may not work. And, there’s also a legal debate over whether the government can compel you to give up your password if they have a warrant.

But, after all the NSA nonsense, can you really blame everyone for getting into the encryption game and out of doing the government’s bidding for them?

Also, even though the Supreme Court ruled that cops now need warrants to search people’s phones, do we really think that they won’t try other methods and claim, “Hey, the guy unlocked it for us. Maybe he didn’t know it would link him to what we investigating him for…”

So… because this is a completely reasonable thing to do, the law enforcement establishment has come out with a completely unreasonable line of attack. Witness this from the Washington Post:

“Apple will become the phone of choice for the pedophile,” said John J. Escalante, chief of detectives for Chicago’s police department. “The average pedophile at this point is probably thinking, I’ve got to get an Apple phone.”

Yeah… because wanting to keep the government’s eyes out of your personal shit, you’d totally have to be a pedophile to want that.

Then there’s the departing AG, Eric Holder, who said:

“It is fully possible to permit law enforcement to do its job while still adequately protecting personal privacy,” Holder said during a Tuesday speech before the Global Alliance Against Child Sexual Abuse Online conference. “When a child is in danger, law enforcement needs to be able to take every legally available step to quickly find and protect the child and to stop those that abuse children. It is worrisome to see companies thwarting our ability to do so.”

First of all, he said this at a child sexual abuse conference? The implication is, again, that the only people who’d even want this kind of security would people child predators. Then, what the fuck does “When a child is in danger” have to do with anything? Is some abuser live tweeting the abuse of the kid? And, if so, why do you even need to decrypt their phone? Isn’t the proof already right there?

Let’s just, for a second, consider the legitimate reasons a person might not want to decrypt their phones for an agent of the government. Maybe, they’re a third-party organizer with the membership rolls of their organization on their phone and would rather some cop or FBI agent doesn’t now have a list of everyone supports them. Or, maybe, they’re a totally legit activist who has a calendar of planned protests they’d rather the cops not know about ahead of time. Or, and this is really likely, they’re a journalist with contacts speaking to them on the downlow and they’d rather not give up the game to the agency being leaked about.

Or, let’s say they’re an average person who has photos of their kid in the bathtub and their best friends on their “favorites” list and would rather everyone they know not get swept up into some kind of witch hunt. Because that happens.

There are a million reasons why you’d want to keep your mobile device locked away from the government’s eyes. It’s why the Supreme Court ruled that cops needed warrants!

But, by implying that this feature would only appeal to kiddy rapists and the like, they’re hoping to gin up public outrage to demand that phone manufacturers make all our devices less secure on the off chance that some pervert might get away with what they’re doing.

UPDATE 10/5/14 – As if trying to prove my point here, there’s a story that was published on Ars over the weekend detailing a Sheriff’s response the the EFF’s criticism that the “free” software he was passing out to install on kids computers was actually spyware.

In an article published by a local news outlet, County Sheriff Mike Blakely of Limestone, Alabama called the EFF an “ultra-liberal organization that is not in any way credible on this. They’re more interested in protecting predators and pedophiles than in protecting our children.”

He added, “There are some parents out in Columbine Colorado, if they had this kind of software, things would have turned out differently.”

So… not only are people concerned about the Sheriff’s ability to read everything that happens on a computer basically “predators and pedophiles” but they’re also, retroactively, uncaring about stopping mass murder.

You’ve got to love the tack “law enforcement” is taking here. There’s been a privacy backlash in the last year or so but it’s not by normal people who feel that maybe “their” government has gone a little too far in their ability to track everyday citizens in their comings and goings on the off chance they might do something that breaks the law. Nope, its all generated by perverts and organizations that support them who want to harm your kids. Now, pick a side.