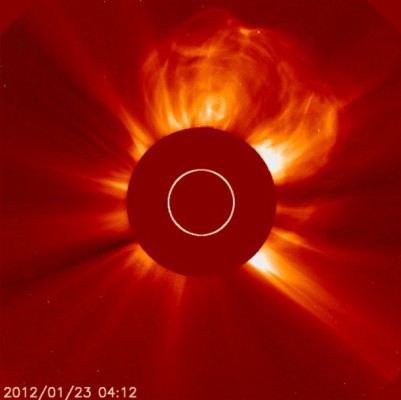 I just found an awesome new photo on the NASA site about the coronal mass ejection that occurred on January 22nd. The NASA Solar Heliospheric Observatory and Solar Dynamics Observatory’s were the johnny’s on the spot to capture all the action in space. But they were serious enough to create another neat Aurora Borealis.

Yes. We’re back on the topic of coronal mass ejections and the Aurora Borealis. Why? Because the sun fucking exploded a few days ago causing the largest solar storm since 2005.

The coronal mass ejection CME collided with Earth’s magnetic field a little after 10 AM ET on January 24, 2012. The influx of particles from the CME amplified the solar radiation storm such that it is now considered the largest since October 2003. NOAA’s Space Weather Prediction Center has categorized it as a “strong” — or S3 (with S5 being the highest) – storm. Solar radiation storms can affect satellite operations and short wave radio propagation, but cannot harm humans on Earth.

Yeah. Not harmful to humans thanks to Earth’s magnetic fields. Were it not for them, forgedaboudit.

It’s these events that still make me advocate for a hardening of our power grid against these things so that we’re not plunged into years of darkness.

Anyway, here are some pretty pictures courtesy of NASA who, as usual, kicks ass at these things. Maybe they’ll take your mind off the fact that the universe is trying to kill all of us. Enjoy! 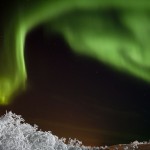 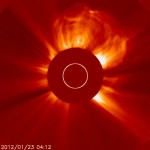 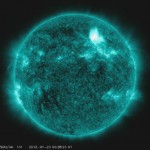 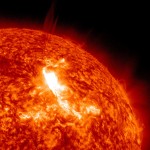 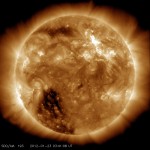 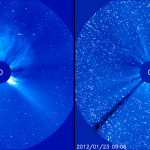