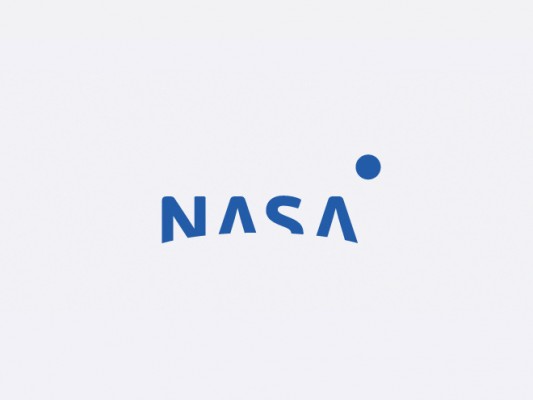 Wired has an article explaining with some amount of irony that a Russian has offered up a redesign of NASA’s classic logos.

Apparently, Max Lapteff has decided that the two logos NASA has switched between just aren’t getting the job done.

he mark pulls off a hat trick, referencing NASA’s illustrious past, nodding to its dreams of taking us to new planets, and ditching the dated features of the old logo.

NASA’s current insignia is easily recognized, but the red, white, and blue mark is busy and complicated to render. White stars on a blue field are meant to form a constellation, but end up looking like a mess of misplaced stitches on embroidered flight badges. The red chevron is a reference to hypersonic wings that were the pinnacle of innovation when the logo was drawn in 1959, but long since have been superseded by superior tech.

Personally, I’ve always been a fan of NASA’s logos, called the “meatball” and the “worm” respectively. In fact, I have two Dickie work jackets that I’ve sewn one of each on and they look pretty damn cool.

I’m also loathe to change something that’s classic for something that’s following modern of current design principles. Mostly because that has a tendency to look dated quickly. Consider the Coke redesign in the 80’s. Sure, New Coke was crap. But so was the updated design. And no one can say that it didn’t look very 80’s and appropriate for the time.

That’s not to say that I don’t like this suggested logo. I actually do. And, if you look in the gallery below, Lapteff has some cool ideas for how the logo can vary by mission. Also a cool idea that seems very Star Trek to me (like red, blue, and yellow uniforms that take into account the crew member’s primary responsibilities). And anything that is kinda Star Trek is okay by me.

Of course, the biggest problems with NASA have nothing to do with their logo. It has some longstanding institutional problems that should probably be sorted out first. 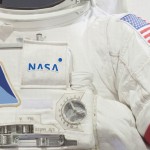 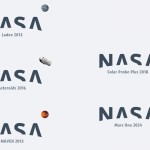