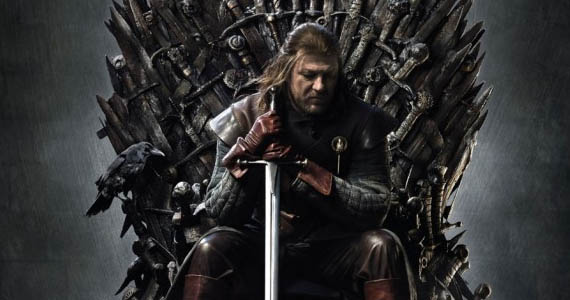 Thoughts On Game of Thrones

Sorry for not posting in a while. I have a new client with my consulting business that’s been taking up much of my time. Hence, fewer blog posts. I hope to write a few ahead of time so there will be more coming out but you know…

Anyway, since they just released HBO’s Game of Thrones on video, based on the book series A Song of Ice and Fire, I thought it might be fun to discuss a few things I thought about while reading and watching the series. So! Here we go…

I’m going to talk about some things here that may or may not give away elements of the story people like to call “spoilers”. My personal feelings on spoilers is that by the time it’s out on video, it’s not spoiled any longer. That you haven’t yet seen it is not a restriction on me. Because you know what? In Presumed Innocent…? The wife did it.

Still, fair warning. If you can’t have elements of a fifteen year old book discussed, this would probably be the time to stop reading.

It’s Good to Have a Parliament

So Game of Thrones opens with the information that a three hundred year dynasty has been overthrown by a rebellion the nominal main character took part in and helped lead. It was twenty years ago but wounds remain fresh for those involved on both sides. In the process, the king, the crown-prince, and supposedly the prince’s two children were all killed. In the King’s place, Robert Baratheon, one of the major lords of the realm, was elevated as he led the rebellion.

All well and good, right? Well… yes and no.

See, Robert’s married the daughter of a Lord Lannister, another high lord of the realm, and it’s pretty clear that they want to exert their own influence over the actions of the crown.

The problem is when Robert dies. Tradition, which one might call “common law”, dictates that the rightful heir to the king shall inherit the crown. Robert has three children, so it should fall to the oldest. And here’s where the world starts getting complex and a parliament would’ve been a good thing to have right around then.

See, the children aren’t Robert’s. I won’t “spoil” whose they are but they aren’t the king’s. The main character discovers this right before the king’s death and after the king’s death believes that, because this is the case, the crown should fall to the King’s older brother, as the “rightful heir”.

But no one likes the older brother. Not the queen who wants to see her illegitimate son sit on the throne or the king’s younger brother who thinks he could do the job better. Which brings us the the plot of the next few books. They all want the crown and they feel they should have it, irrespective of “common law” or despite it.

The problem with “Westeros”, the main setting for Game of Thrones is that the King rules by sole authority. He wants higher taxes, he gets higher taxes. He wants someone put to death, they’re put to death at his command. There is no Magna Carta in this world. And there’s no parliament that grants popular consent. Admittedly, this backfired on the previous king, who put the main character’s father and brother to a particularly gruesome death and helped spark the rebellion in the first place, but…

The only other “offices” that appear to exist are the “Hand of the King”, litterally charged with seeing the King’s decrees carried out, a “Small Council” of advisors, and the other lords of the realm, all of whom pledge fealty to the King and command lower houses that owe fealty to them.

Without a parliament then, who ever makes the law is he who commands the army large enough to hold the capitol and sit themselves on the throne. Thus, there is no stability in the law, a new king can change anything they want by decree, and no real legitimacy in who should sit in the first place beyond who can command a big enough army to scare the other lords into submission. And though Game of Thrones makes it look all happy and shiny, what it really is is a polished form of warlord-ism.

A parliament could have provided true legitimacy by passing “Acts of Succession” and by witholding funds from usurpers that ignored the law. By giving the other lords a voice in the government, they would have been bound to it and its laws and an uprising would not only be put down but the cause for most uprisings wouldn’t occur in the first place.

What Right To Be King?

According the the storyworld of the Game of Thrones, the nation of Westeros had once been a place known as the “Seven Kingdoms” and had been that way since the time of the “first men”, possibly thousands of years ago. Then, three hundred years prior to the events of the show and books, came Aegon the Conqueror from across the narrow sea with his two sisters and three dragons. One by one, the conquered each of the seven kingdoms, proclaiming himself King above all and demoting many of the former royal families to high lords and “wardens” of the North, South, East, West, and possibly the Riverlands in the middle.

As a side note, he then took all the swords laid down to him in surrender and had them forged into the iconic “Iron Throne” pictured above.

Because he conquered everyone and because his descendants had dragons, the Targaryens proclaimed his right to rule over everyone else. Okay. But then the dragons all died out. Fine. The Targaryens by then had established themselves as the royal family, so no one really disputed their right to rule. But then the rebellion came and Robert was seated on the throne. Dandy, he led the revolt, why shouldn’t he be king while he lives?

The question, as discussed above, is succession. If there had been no dispute about his children’s parentage then things might have proceeded just fine, after all, a new royal family, why go changing all the rules. But with the dispute about who fathered the princes and princess, well… that muddies the water a little doesn’t it?

The older brother now claims his right to rule as the only legitimate heir… but he didn’t lead the rebellion and no one really likes him. And his younger brother… well… he’s not the older brother so why should he get it? And while the kids should seem to get it by default, the older one’s kind of an asshole… so… what now?

Again, without a parliament to provide consent, there’s no reason anyone has a clear right to rule. All of the claimants assert their right to rule because of a sometimes tenuous blood relationship to the guy who actually won the war but what have they done lately?

To put it simply, I think the “northmen” had it the most right. The dragons are gone, the Targaryens are gone, what right does anyone have to rule over them? Fuck it, they’re declaring their own “King of the North”. And since they get to pick him, well, that’s his legitimacy, isn’t it?

For those who haven’t read or seen Game of Thrones, I highly recommend it but the books most of all. It’s a rich and detailed world with more complexity than most anything I’ve ever read before. Martin really spent some time building his storyworld and the laws and customs within it (See: Wedding, Red if you have any doubts).

While I’ve mostly discussed the governmental and political aspects of the world in this post, it’s also interesting to note that, if the world had had a parliament, most likely none of what makes the story interesting in the first place would’ve happened. But then Martin is clearly trying to tell a story about a deep societal upheaval. If his goal had been to do otherwise, there might have been more checks and balances as discussed here.

I’m curious to know what others thought about the world while watching or reading the series. Was there anything else that you thought, “hey, you know what, there was a solution to that…?”